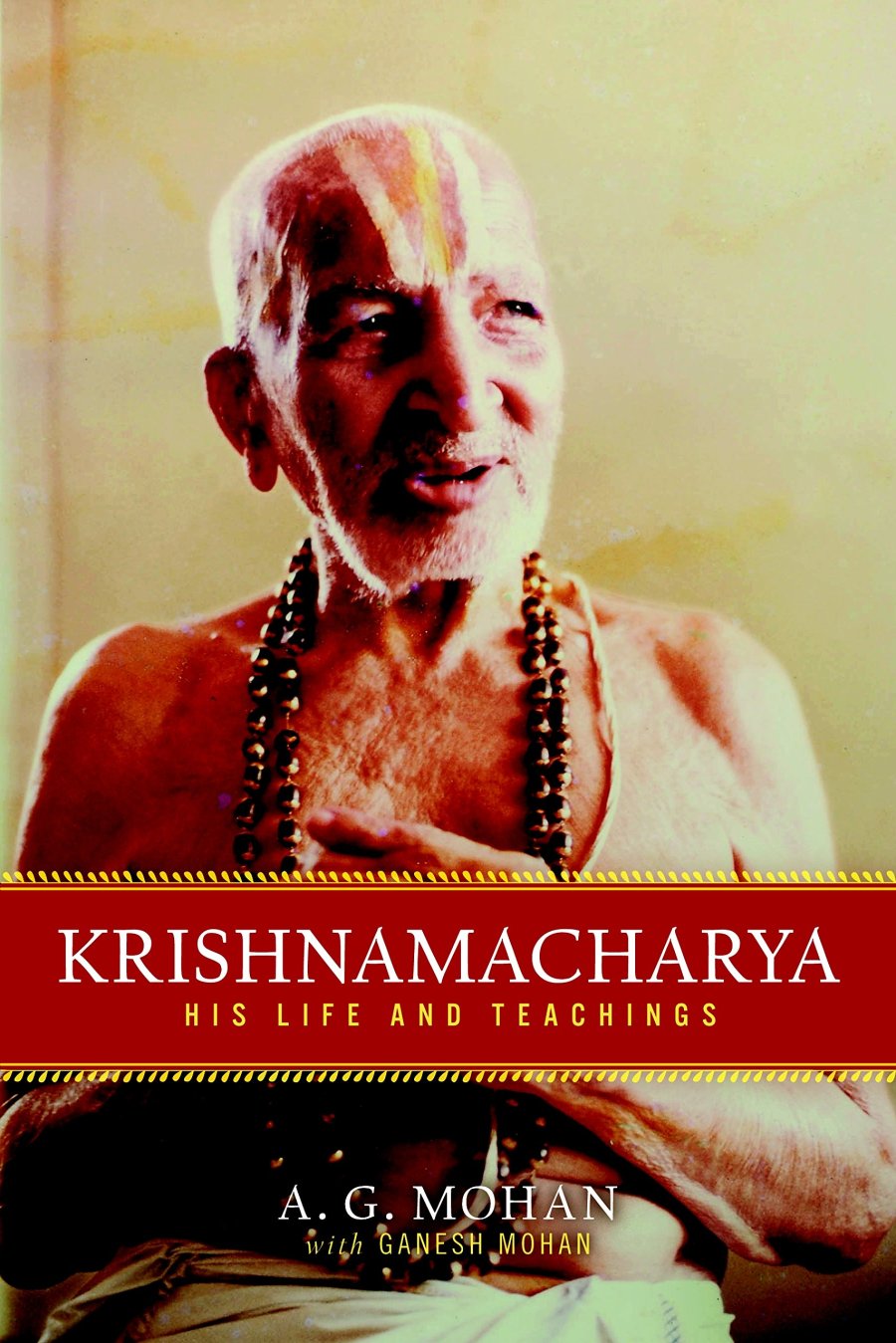 Written as part of my course (200hr TT with StewG, ELSY) this essay explores the main traditions of yoga originating in Mysore from the last 120 years. Enjoy the read and happy international yoga day – remember, yoga is both on AND (most importantly) a practice OFF the mat. | A/C

Albeit not travelling to Europe or America, Sri Tirumalai Krishnamacharya – the “grandfather of modern yoga” – is a revolutionary figurehead in spurring the introduction and spreading (and continued growth) of yoga to the West during the 20th century.

Born in 1888 in Mysore, south India (Desikachar, The Heart of Yoga), today we find the teachings of 21st century modern yoga’s most influential protagonists – himself a life-long Yogi (student, teacher and guru), Sanskrit scholar, and Ayurvedic[1] healer – resonating in the evolving styles and shalas; in the faces and foundations dominating the ever-growing global yoga community.

Over the last century, the teachings of Krishnamacharya – given at the Mysore Palace of Maharaj, among other places – morphed into new or refined styles of yoga worldwide under his disciples, a group of men and one woman. Pioneers in their own right, his students included Indra Devi “the Mother (Mataji) of Western Yoga”; Pattabhi Jois (Ashtanga Vinyasa yoga); brother-in-law B.K.S Iyengar (Iyengar yoga); his son T.K.V Desikachar (Viniyoga[2] or Vinyasa Krama yoga); and A.G Mohan (Svastha yoga and Ayurveda).

Meeting Krishnamacharya in 1937, Russian-born Devi (born Eugenie Peterson) claims the moniker “Mother of Western Yoga” or “First Lady of Yoga” (Helen Kitti Smith, YogaJournal)[3] for, among other novelties, being the first Western woman to study in India and go on to teach yoga in the West. Spiritual and eclectic, her visionary approach (Mark Stephens, Teaching Yoga) was embraced by America, and, in 1947, she launched her West Hollywood studio opening the doors to many red carpet names.

The Yoga Sutras of Patanjali and the Yoga Korunta by sage Vamana Rishi are among the key texts to shape Krishnamachary’s teachings and approach to yoga (Stephens). From his own teacher Krishnamacharya received – verbally – the lessons of the Yoga Korunta, and, in the spirit of sharing, he then shared the sacred text with his student Pattabhi Jois during the first half of the 20th century in Mysore. Within the Yoga Korunta were lists of asanas grouped into specific sequences which, thanks to Jois and his teacher, would come to represent what we know today as the six series of Ashtanga Vinyasa yoga (Stephens).

Jois, working alongside and under the guidance of Krishnamacharya, spearheaded what is arguably the most popular style of yoga present-day: Ashtanga Vinyasa. Traditionally, Ashtanga Vinyasa yoga is taught in “Mysore style” (Stephens) – however the ever-increasing demand for more classes plus the subsequent mushrooming of number of students worldwide makes this highly individualistic approach increasingly difficult for a teacher to implement.

Among Jois’ students are Jivamukti Yoga (founded 1984) co-founders, New Yorkers David Life and Sharon Gannon. The inspiration behind the name comes from the Sanskrit word asana, meaning “seat”; the symbolism being the seat – the connection, the relationship – to the Earth, as “Earth implies all life” (jivamuktiyoga.com). Life and Gannon became known as innovators in “teaching yoga activism/activation” (jivamuktiyoga.com), and while the studio is no longer open, the cascading global influence of Jivamukti (“liberation in life”) Yoga, and both founders, continues to prevail.

Born in 1918 Belur Krishnamachar Sundararaja Iyengar, or B.K.S Iyengar, was another prominent student under Krishnamacharya in Mysore. Echoing his teacher’s affinity for taking an individualistic approach to teaching yoga, Iyengar developed his own style of yoga called Iyengar Yoga. Personalised, precise and prop-positive – his approach, influenced by his own past experiences with injury and pain, encourages the use of props (chairs, stools, blocks, bolsters, blankets, straps, walls, the human body) as tools to help develop our practice (Stephens). Iyengar Yoga advocates the refining of postures by directing attention to alignment and holding an asana for longer (when compared to Ashtanga Vinyasa) periods of time. Less flow, more fine-tuning. Strong, steady, and stable – prerequisites for calming the mind[4].

Iyengar’s books (the “Light on…” series, for example) provide insight which takes the reader beyond the shala, beyond India, and into the daily lives of people of all backgrounds, religions, cultures and upbringings. He takes us to a space we understand. Talking about his own struggles make looking inwards at our own slightly less harrowing. Struggle unites, particularly the ones from which we emerge even stronger. Drawing from my own experience[5], his books “Light on Life”, “Tree of Yoga” and “Light on Yoga” serve as accessible, encouraging and engaging accounts showing how yoga is much more than just asana. Like Krishnamacharya, Iyengar’s pupils were prioritised.

Commenting on teachers and teaching, Iyengar writes: “The art of yoga is entirely subjective and practical,” adding “Yoga teachers have to know the entire functioning of the body; they have to know the behaviour of the people who come to them and how to react and be ready to help, to protect and safeguard their pupils” (Iyengar, Tree of Yoga).

Among the Iyengar teachers continuing to honour the legacy and share the teachings of BKS Iyengar is London-based Khaled Kendsi. Find out more about Khaled via his website, here: www.khaledyoga.com

Today, the works and teachings of Krishnamacharya’s son, T.K.V. Desikachar, along with another Krishnamacharya/Mysore student, A.G. Mohan, pay tribute to their teacher’s life-long devotion to helping those in poor health. Using a reservoir of experiences, lessons and teachings cultivated under time spent with his father, Desikachar continued to further develop his father’s style of ViniYoga or Yoga Krama (Fernando Pages Ruiz, YogaJournal[6]).

This step-by-step process is rooted in realising we are all different. Its personalised approach looks kindly towards discipline, bit-by-bit progress, patience, perception (knowing when not to practice asana), and prayer[7]. Desikachar (opening Krishnamacharya Yoga Mandiram[8] and International Association of Yoga Therapists[9]) and Mohan (co-founder of Svastha[10] Yoga and Ayurveda) brought to the world the message of yoga as a form of therapy.

Krama Yoga shines truth on patience, perseverance and progress. “True yogic education is lighting a lamp not filling a bucket,” quoted Mohan (svastha.net). Slowing down is a choice and is a struggle – but I truly believe it’s a struggle we must all endeavour to take; making every effort to pass by invitations to shortcuts and instant access. The inwards journey – toward Peace – is not available online or in books. It lies within each of us. Tradition, history and our teachers can help guide us and bring light, understanding and fresh perspective which we can then pass on to others – keeping alive the spirit of the Mysore lineage.

To zoom out, we can appreciate how unique Krishnamarcharya’s students’ subsequent styles came to be: consider, for example, the high-energy, fast paced Ashtanga Vinyasa yoga, to the experimental, alignment-orientated Iyengar. This celebration of individuality sets the tone for Krishnamacharya’s narrative (legacy) today.

Individuality resonates throughout the Krishnamacharya Mysore lineage – a lineage through which family, history, selfless devotion and action (to share; to heal others) emerge as the threads of continuity.

On history, tradition and present-day…

But why is Krisnamacharya’s name is not oft quoted in the insta-scrolls, nor – and more to the point – his values (to share the message of yoga; to help cure those unwell) being discussed, let alone upheld! I’m increasingly aware of my own ignorance and lack of contribution in this too.So, why? Well, certainly not for the lack of opportunity. Whether its addiction, domestic abuse, cultural genocide (look at China!), environmental abuse, self-hatred, bullying, suicide, government theft – the sufferings are real and the sick (me included, for sure!) are many.

As well as a healer, Krishnamacharya is remembered and revered for helping others, for honouring individuality and encouraging inclusivity; welcoming all with a teaching approach grounded in each student and his or her unique needs.

His son T.K.V. Desikachar compounds this message in commenting on his father’s legacy: “The essence of my father’s teachings is this: it is not that the person needs to accommodate him – or herself to yoga, but rather the yoga practice must be tailored to fit each person (The Heart of Yoga). Beyond just asana, to prayer and even avoidance of certain asanas (Desikachar, The Heart of Yoga), Krishnamacharya understood – and shared through his teachings – that the paths to Yoga are many.

Perhaps, in the ever-growing number of styles – Power to Rocket – we could benefit from pausing to reflect over the original message and aim: to share yoga, and to help others through yoga (asana being only a part of this). Helping others requires a life-long journey of understanding the differences which bring us together! Getting to know each student, and what this means on the mat (practically, emotionally, spiritually, mentally, socially) is at the centre of what approach will be of most benefit to that individual when he/she is off the mat.

Learning to delight in each others’ differences, learning to live, learn and teach selflessly is an act and a choice to make daily; making others our priority is a style we can all adopt in yoga, whether practicing under the Mysore tradition of Sri T. Krishnamacharya’s lineage or not.

[1] Studying under Krishna Kurmar in Bengal at a young age, Krishnamacharya became a master of Ayurveda, which Iyengar (Glossary, Tree of Life), describes as “knowledge of life; hence: the science of health, medicine

[4] Iyengar, in Tree of Yoga, refers to Patanjali’s Yoga Sutras; the “sthira sukham asanam” is one which draws to the strong, steady and stable seat needed for meditation. First we must practice; become strong, become disciplined, and then we are ready to begin.

[5] These specific books feature in my daily life; Light on Life in particular.  I cannot speak with any authority on certain others (it is not for lack of interest) as have not read them (Yoga Mala, for instance is very intriguing and hope to write about it from a personal perspective once reading, learning and experiencing the text through personal practice.)

[7] In The Heart of Yoga, Desikachar talks about how asana was not always the answer! Yoga meant many things – not one system! Whether through prayer, asana, ayurvedic healing or knowing when someone should not practice – there are many paths to Yoga; all will lead to Joy.

[10] Svastha, in Sanskrit, is a term referring to the “state of complete health and balance” (svastha.net)

January.
January: time for rediscovering some old faves #neweyes #oldfaves #lastnightattheviperroom
#benguelacove 2023 🙃🧜‍♀️
It's a good day to be happy #street #art #bettysbay
Feet on the ground, head in the sky....
My fave kinda sandwich 🥪....mountains ⛰⛰⛰ me 🧜‍♀️ and the sea 🌊 #squish 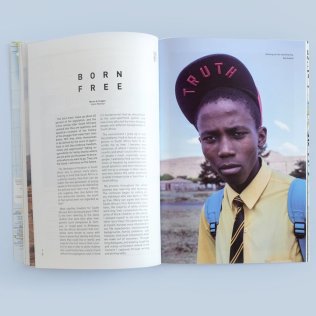 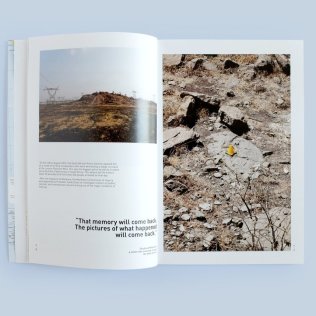 Nurture them neurons | Jason Silva – An Ode To Knowledge